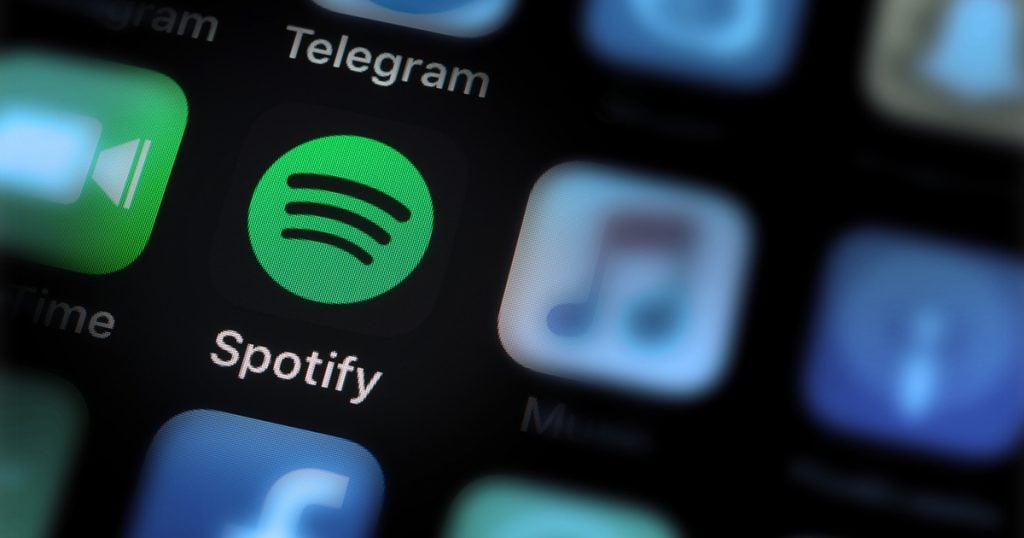 Why do you need to know about this? Music streaming manipulation is a blight on streaming platforms, artists, podcasters, and advertisers alike. Fake Spotify streams are becoming a massive issue, threatening to destroy the credibility and practice of online streaming if it goes unchecked and contributing more broadly to the ongoing problem of digital fraud.

Read on to understand exactly what fake streaming is, how it can affect you, and what to do about it.

What Are Fake Spotify Streams?

Streaming fraud essentially inflates the number of play counts on an artist’s song through fake listens via bots to fraudulently earn royalties from streaming platforms. To understand how this works, you first need to understand how streaming services like Spotify earn money and pay royalties to the artists who use their platform.

If you’ve ever listened to songs on Spotify for free, you’ll have noticed that ads sometimes interrupt while you listen. Advertisers pay for this space to reach users on Spotify, providing revenue to the platform. This constitutes the ad-supported, “free” service that Spotify offers (spoiler alert, nothing is actually free, you’re paying for this with your own attention and energy )

On the other hand, users can subscribe to Spotify Premium to avoid ad interruptions, download songs to play offline, and enjoy high quality streaming access.  This subscription-based service generates 91% of Spotify’s revenue.

And just as a note, this is not a post sponsored by Spotify.

After taking a portion of this revenue, Spotify pays artists royalties from the remaining pool based on their number of streams. At the end of the accounting period, the artists with the most streams make the most money.

This is where the problem comes in.

Streaming farms use bots to “listen” to songs nonstop, bringing about a new era of “click” fraud in the music and podcast industry. Fake Spotify streams manipulate the online streaming model by generating fraudulent listens to receive royalties that should have gone to artists who use the system honestly.

Vice journalist William Bedell tested this vulnerability in the Spotify payout system by creating a botnet that racked up thousands of listens on songs that previously had little to none. Through this “streaming farm,” Bedell was earning over 30 dollars a day in royalties.

In the image below, you can see how Bedell used different web servers and free Spotify accounts to generate fake listens, leading to a royalty payout.

While Bedell did this himself, it’s entirely possible to purchase fake streams online through sites like Streamify to inflate streaming numbers and amplify sales.

To add to this major credibility issue for Spotify and similar streaming platforms, an unknown scammer took advantage of Spotify’s payout system and made off with an estimated $1 million by using fraudulent streams to push two playlists to insanely high levels of popularity. One playlist, “Soulful Music,” climbed to No. 11 in Spotify’s US rankings through fake listens from the scammer’s bot accounts. On the playlist were 467 tracks, which the scammer or scammers owned the rights to, that were being listened to over and over again by bots.

While the scheme was technically legal since the accounts “listening” to the songs were legitimately paid-for subscriptions, the morally dubious story begs the questions: what are honest artists losing due to fake Spotify streams? How bad is the problem?

How Can Fake Spotify Streams Affect Artists and Podcasters?

This fraud epidemic is undermining platform credibility and cheating legitimate artists out of the revenue they should have earned from their work. Remember, the above scam took an estimated $1 million out of Spotify’s pool and away from artists using the system honorably. Rolling Stone estimates that artists are potentially losing out on $300 million of royalty revenue per year to fake streaming.

Unfortunately for independent artists, they might be the ones most adversely affected by fake Spotify streaming since they don’t hold the bargaining power that major music labels have. Artists relying on royalties from that revenue pool are being cheated by scammers fraudulently racking up streams and taking a huge cut from the pool.

Obviously, this kind of manipulation in the online music industry cannot continue, else indie artists will see their revenue shrink while fake followers and listeners rise.

Major artists are also suffering. According to Rolling Stone, a suspicious user operating under the name “Fenty Fantasia” took leaked Rihanna tracks and uploaded them. Through the stolen tracks, “Fenty Fantasia” accumulated streams and earned money that should have gone to Rihanna’s label.

And it’s not just artists and podcasters themselves that are affected. Advertisers paying for ad time are being cheated as well; the time and space they’re paying for is being listened to by robots, rather than real people.

Similarly, brands that partner with artists assuming their followers and listens are real are being duped when it turns out the artist’s reach is much smaller. The entire music industry, which needs to work together so artists and podcasters have room to succeed, is suffering under the weight of fake Spotify streams.

But if you’re not participating in fake streaming, how can you tell when bots are padding the numbers on playlists? Read on to find out.

How to Spot Fake Spotify Streams

There are several ways to identify fake Spotify streams. Below are three red flags to look out for.

When you hear a song you like on Spotify, you probably do what the rest of us do: listen to it on repeat. Spotify counts each time you listen to a song for 30 seconds or more as a stream, so a single listener (you) may contribute to five or ten streams on one song.

It’s natural that the amount of streams and listeners on a song from a specific playlist would be different. If streams and listeners match, that’s a major indicator that bots are involved in fraudulent streaming. As you can see from Rapzilla’s graphic below, suspicious streaming is likely taking place where things line up too closely.

A second red flag to pay attention to is the number of monthly listeners versus followers. A huge number of listeners – let’s say 30k – with a small following of 200 is highly suspicious. You can also analyze follower growth to determine if fake streaming is occurring. It would be exceedingly rare for a playlist’s follower count to explode overnight, especially for a relatively unknown artist. Fake streaming manipulates follower count by adding bots as followers, so if follower growth is sudden and exponential, it is likely fake.

Another tactic these music manipulators use is offering streams for money. They promise artists a certain number of streams if they pay to be on the playlist, and then fraudulently ramp up the streams using bots. Artists who pay to be on a playlist are likely relatively unknown, so a playlist full of obscure artists and tons of listens is probably not legit.

Unfortunately, fake Spotify streaming is becoming a major market and taking money and credibility away from streaming platforms, artists, and advertisers. What can we do against this epidemic of digital fraud?

How to Beat Fake Spotify Streams

It won’t be easy, but a coalition of digital stakeholders including artists, podcasters, streaming platforms, and advertisers each doing their part to combat manipulation in the online music industry will be necessary to beat fake Spotify streaming.

Below are a few actions you can take to tackle the problem.

To beat fake Spotify streams, it is crucial that artists and advertisers demand more from streaming platforms to combat fraud. The more people are aware of the problem and know how to spot it, the more can be done to report suspicious activity and shut down these streaming farms.

Spotify has pledged to crack down on streaming fraudsters to maintain credibility and protect honest artists, noting in their 2019 annual report that they use “a combination of algorithms and manual review by employees to detect fraudulent streams and aim to remove fake user accounts.” Manipulators can be blacklisted for buying listens. Calls have been made for streaming platforms to split revenue more fairly among artists, which might cut down on fraud, and a Rolling Stone article laid out several ideas including industry-wide investment to tackle fake streaming.

Artists and podcasters can beat fake Spotify streams by avoiding paying your way onto a playlist. It’s too easy to fall prey to manipulation and end up on a playlist full of bots. The best way to fight fake streaming is to avoid companies promising a certain number of streams for money and pay for legitimate promotional campaigns or ads to grow follower count and influence over time.

So, What’s the Conclusion? Why Would You Care about Fake Spotify Streams?

In an online culture chasing follower count and clicks, it’s no surprise that fake streaming is on the rise. Gaming the system for money is relatively easy, and artists can artificially push their songs further up the charts in search of exposure and clout.

Combating digital fraud in the form of fake clicks, streams, and listens will take awareness and action from those operating their business online. With a better understanding of streaming fraud and its harmful effects, we can work to stop the pervasive issue of fraudulent online activity. 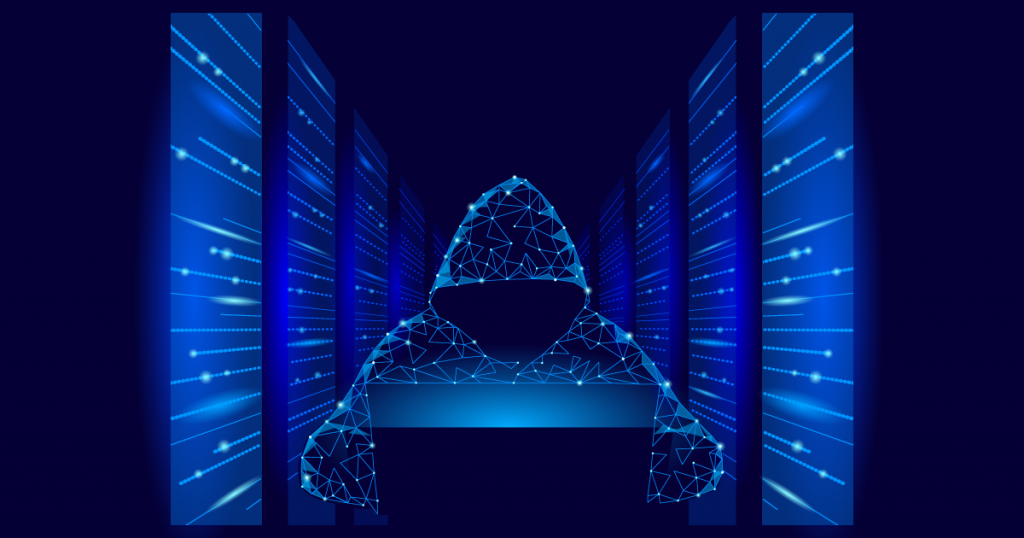 The need to upgrade weapons in the war against click… 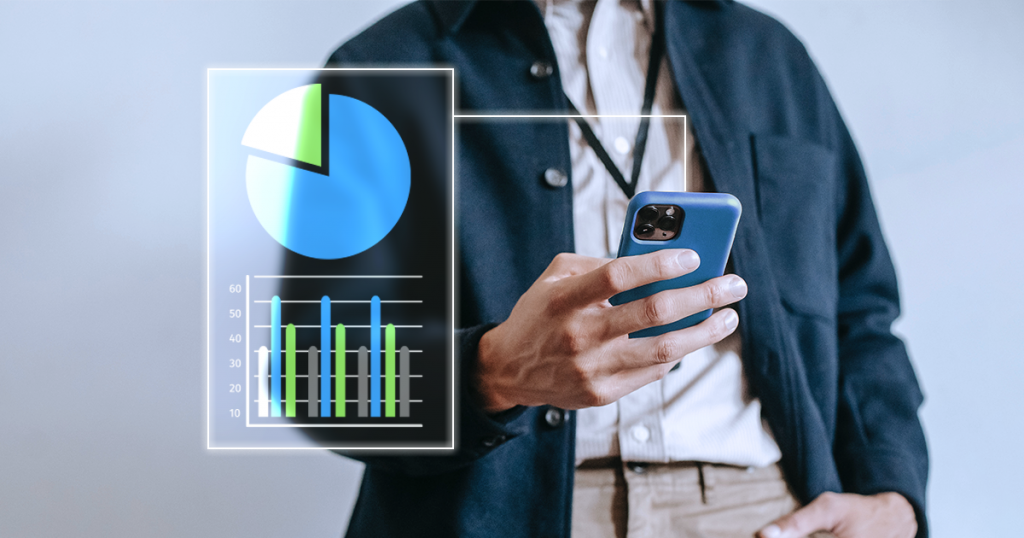 How Having Data on the Go Can Help PPC Decision Making

If your work involves growing your business through digital marketing… 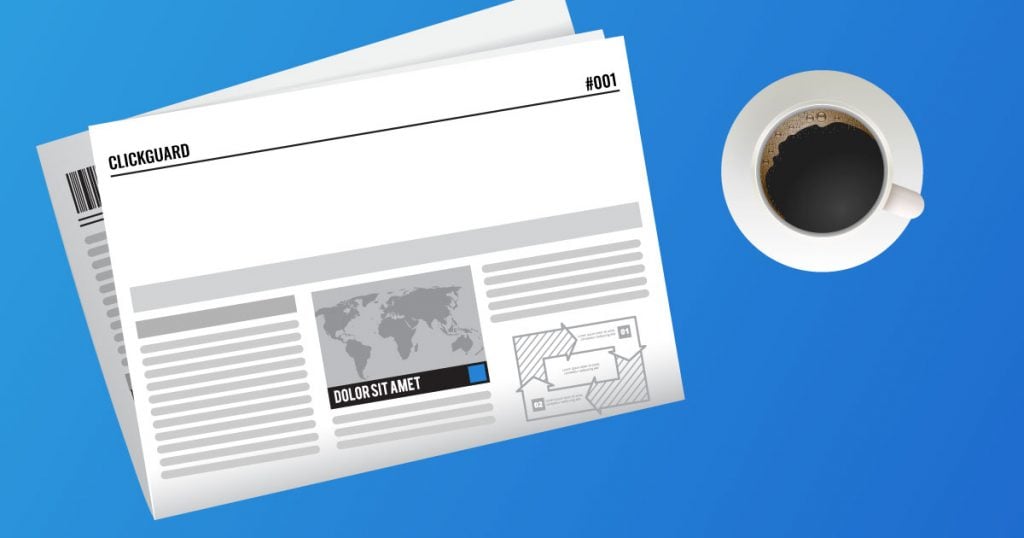 What Will Change in Google Ads when Google Removes All Third-Party Cookies?

As we recently reported, Google Ads is phasing out third-party…