The A to Z Guide to Fake Internet Ads 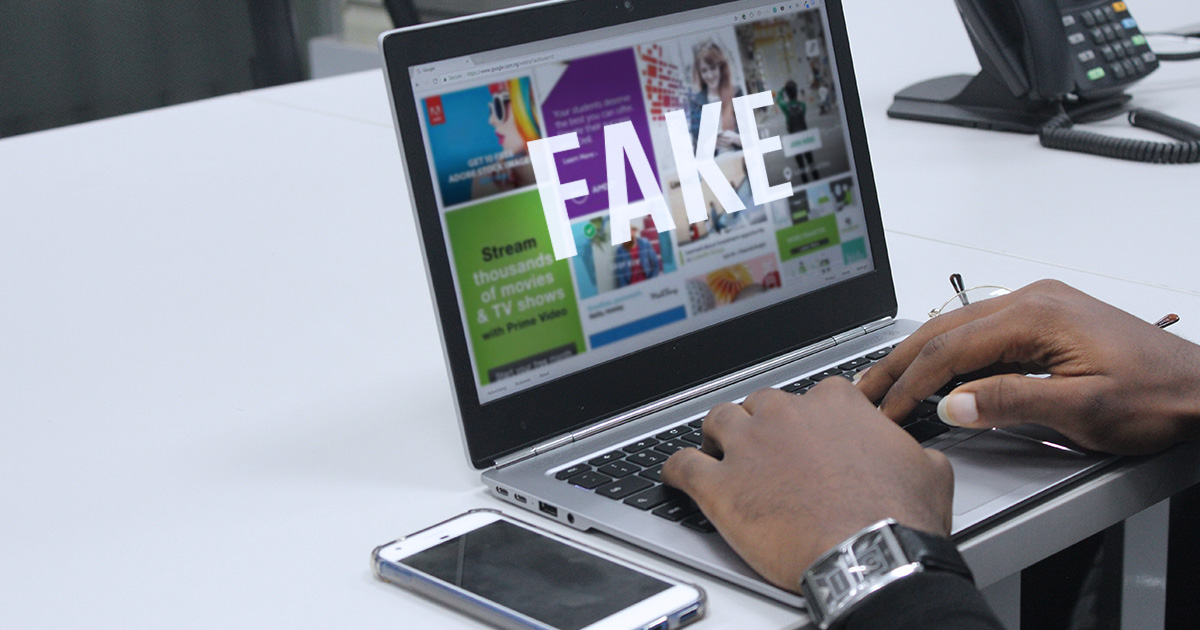 Say you are browsing through your Facebook feed, as you always do. You see an interesting ad. Something that sounds too good to be true. Or something controversial. You are curious and you click it. But can you be sure that is a real ad? Fake internet ads are a growing internet plague. That next ad you may wish to click might be one of them. So, how can you tell? Here is our A to Z guide to fake internet ads, together with a handy list of tips on how you can identify them.

What Are Fake Internet Ads?

A worrying 2021 study has shown that three in four Americans overestimate their relative ability to spot fake news. And fake news is often accompanied by fake ads - unfortunately, marketing tools can also be used in mischievous ways.

A fake internet ad can be defined as any ad that is not placed by a legitimate business with legitimate marketing purposes in mind. Fake internet ads can be used to spread misinformation or to help cybercriminals deploy digital fraud activities. For example, fraudsters can use fake ads to drive traffic to their website. They can do this in order to “phish” user information, steal money from legitimate advertising campaigns, or promote a fake e-commerce site (which will deliver no products).

Creating Fake Internet Ads Is Easier than You Think

If you were expecting to hear that learning how to make a fake ad is a complicated endeavor, you are about to be disappointed.

Fake Google Ads, fake Facebook ads, fake YouTube ads - all of them are quite easy to create. All you need is knowledge of how to create a digital advertising campaign and an account on each of the platforms.

According to an investigation carried out by British magazine Which, you can create a credible fake Google ad in just a few hours. A Which journalist has created a fake brand and has set out to promote it. The results?

The results are worrying indeed. This investigation and similar ones have raised interesting worrying questions. Are all Facebook ads legit? Are Google Ads safe? The answer is not that straightforward.

In 2021, one year after the Which investigation was published, the UK’s Advertising Standards Authority has launched a “scam ad alert” system in partnership with several platforms, including Facebook and Google. While this is a good initiative, fake internet ads continue to exist. Advertising platforms are working on improving the quality of their services and protecting users, but scammers seem to be one step ahead. The measures taken don’t seem to be enough.

So what can you do about it? Stay alert and protect yourself.

How to Spot Fake Internet Ads

Let’s get back to that ad we’ve mentioned earlier - the one that sounds too good to be true. Now that you know that fake internet ads are easy to create, you will be a bit more careful of what you actually click.

Let’s see what you can do to spot fake internet ads:

Statistics have shown us that social media adoption isn’t stopping:

With more and more people engaging over social media, ad fraud on social networks is also on the rise.

So, are Facebook ads scam? Some of them, yes. One in four people who reported losing money to fraud in 2021 said they have been targeted on social media. (Source: FTC) How do I report fake advertising on Facebook? In case you are wondering that Facebook has made it quite easy for its users to report bad ads. You must simply click on the menu next to the ad, click “report ad” and follow the instructions.

How about YouTube? Can YouTube ads be scams? Unfortunately, yes. During the last quarter of 2021, 9% of videos were removed from YouTube for being spam, or misleading scams. (Source: Statista) If you come across a fraudulent ad on YouTube, you can report it directly to Google.

Stay Suspicious: If It Sounds Too Good To Be True, It Probably Is

Fraudsters really want you to click on their ads. That’s why they are going to use every trick they can think of to get you to click.

Cybercriminals know how to scam stores for money. But they can also scam unsuspecting consumers. They will take advantage of customers’ needs when designing their fake ads.

When it comes to e-commerce websites or deals, you should stay suspicious of:

What Should I do If I Get Scammed?

If you are a consumer who got scammed, contact your bank immediately. Most banks will be able to block your transaction or refund you if you are a victim. Next, you can contact your local authorities to report the incident. If you are located in the USA, The Federal Trade Commission (FTC) is the main agency that collects scam reports.

If you are a business or publisher who has suffered from fraud, you can take similar steps. Additionally, you can look into tools that can help you identify and block potential ad fraud.

The Other End of the Pole: Legit Ads, Fake Clicks

Fake internet ads are not only damaging to internet users, but to businesses as well. Fraudulent ads distract users from legitimate advertising, limiting the advertisers’ success.

Moreover, fake internet ads can lead to consumers becoming increasingly skeptical of any kind of ad. Does the internet lie? Should I stop clicking ads altogether? Victims of fraud may be wondering…

But at the other end of the pole, advertisers suffer even more from digital ad fraud. The most worrying is the phenomenon of fake clicks, usually deployed in the form of click spam. These are often deployed by fraudsters to steal advertising budgets from legitimate businesses and legitimate ads.

Fake clicks are usually deployed with the help of click bots, but they can be deployed manually too. They are intended to steal a company’s advertising budget to:

Fake internet ads are a very real and worrying problem and so are fake clicks.

Here at ClickGUARD, we work hard to create a better, safer, and more transparent future for the internet. Our click fraud solution helps Google Ads marketers break into Google’s black box of data and understand what really happens on their Google Ads campaigns, as well as take action against fraudulent clicks.

Learn how we do this by accessing our “Click Forensics” page.