The Truth about Gender Bias in the Digital Marketing Industry 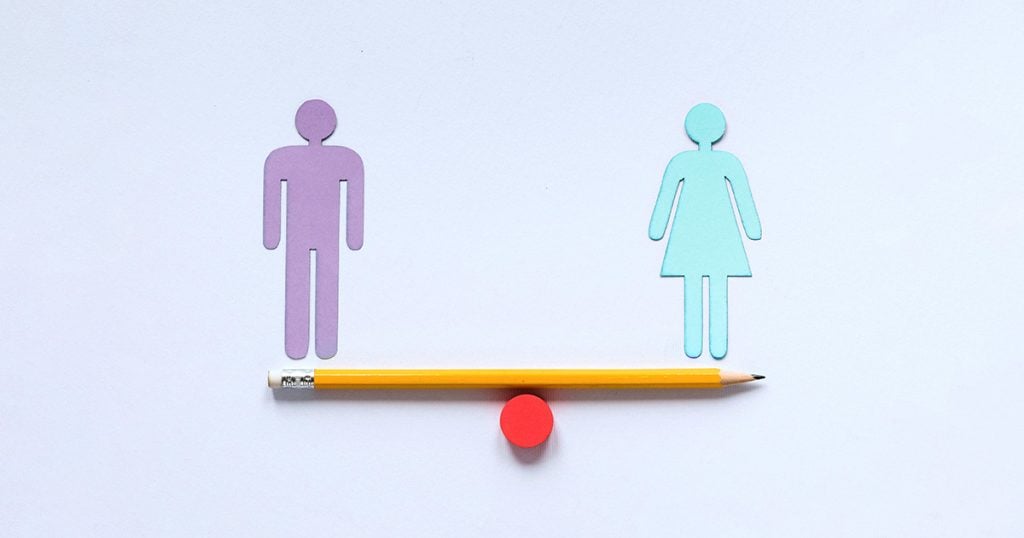 There’s a lot of buzz in the cyber world that digital marketing is a male-dominated field. As there is a push to get more women and minorities appointed to corporate boards, some are asking, “…But where are all the women in the SEM field?” Is gender bias in the digital marketing industry an issue, though?

And, if so, where does this issue stem from?

In this article, we take a closer look at the matter, so read on if you want to find out more.

Gender Bias in the Digital Marketing Industry: The Trends

Gender bias is a hot topic these days, especially in the digital marketing industry, where women have the potential to make valuable contributions (like, frankly, in every other industry). A quick look at the data uncovers the truth about gender bias for digital marketers. For full disclosure, we’re on a mission to paint a clear picture of gender bias in digital marketing, rather than fall into stereotyping and assumptions.

As it happens in almost any industry, it’s fair to question whether women get paid less than their male peers, even when both genders are on equal footing with education and experience. People commonly assume that men get higher-paying jobs because they believe that men perform better and have greater ambition. The latest data indicates that’s not so true, though.

To get a better grasp of the facts, let’s see what the research shows. MOZ conducted an online survey of the digital marketing industry with the goal of reaching the general online marketing population through a variety of different channels.

MOZ surveyed 3,618 individuals, and here’s the breakdown of how each person identified themselves:

The data showed that the number of females in digital marketing grew by only 2% from 2013 to 2015. The overall increase since 2012 is 7.3%. Those percentages indicate a strong gap in gender bias in SEM.

If we look at the percentages of each gender in overall participation in digital marketing between 2012 and 2015, the picture comes into greater focus as this table indicates:

The genders are moving in the direction of balancing out, but there’s clearly a long way for women to go.

Here’s how the results shook out related to gender bias:

We’ll top all this off with more statistics from builtin.com (not related to the digital marketing industry per se, but to workplace discrimination against women in general):

In case it wasn’t clear before, perhaps you can now see that gender bias is a pervasive problem that transcends businesses in virtually every industry. If you have your eyes open, you’re bound to notice gender bias at every level and extension of most businesses.

While gender bias is in the limelight, bias also extends to race, age, and ability. By not considering biases, you may be looking past top talent and passing on opportunities to tap into the inherent benefits of diversity.

But, why does it matter? The reality is that when gender bias exists on a conscious or unconscious level, it affects the decisions about who you choose to hire. The people that you hire have a direct impact on productivity and ultimately, your bottom line.

Conscious bias can even be illegal in some cases. But hey, at least when you’re willing to recognize discrimination, it’s easy to fix. Unconscious bias is easier to mask, and it’s a lot tougher to get rid of.

It’s enlightening to see what people think and say about gender bias in digital marketing, but how do women actually perform at search engine marketing (SEM)?

Wordstream evaluated the AdWords Grader scores of accounts and broke down the results by men and women.

Here’s what they discovered – Women’s scores were 9 points higher than men’s on average!

Men Are Less Susceptible to Gender Bias than Women

A New York University study researched the perceptions of gender on a global basis. The results showed that most people around the world view men as more brilliant than women. The research highlights another interesting fact. People often hold various stereotypes, but they either can’t or won’t admit it when someone asks them directly.

According to a Wordstream analysis, females are viewed as being less valuable than male digital marketers. In fact, the study showed that women are perceived as 21% less valuable than their male peers no matter what their experience and performance metrics indicated.

This explains why there are fewer women working in digital marketing jobs. With the gender bias in SEM mentality, men are more likely to get an interview and a job. What’s more, they’re the ones getting the raises and promotions. It also explains why you’re apt to see more men presenters at digital marketing conferences. Hmm…

If we connect the dots, we can see that the 21% gender gap in valuation relates pretty closely to the 19.7% average gender pay gap in the MOZ study.

How do you turn a lose-lose mentality into a win-win deal for digital marketers?

Let’s wrap things up with 4 ways to overcome gender bias in PPC marketing:

Currently, men and women are at the heart of the problem. That said, both genders can easily be part of the solution. By working together and considering the facts, positive change in the digital marketing arena won’t be too far away.

At ClickGUARD, we’re committed to doing our part to improve the digital marketing industry as a whole. Good talent doesn’t fit into stereotypes. It comes in the form of men, women, and minorities – people from all walks of life. We hope this article was eye-opening for you, and we’ve got lots more information for you where this came from. Follow ClickGUARD for the hottest trends and topics in PPC marketing.

As a PPC marketer, you want to be the best,… 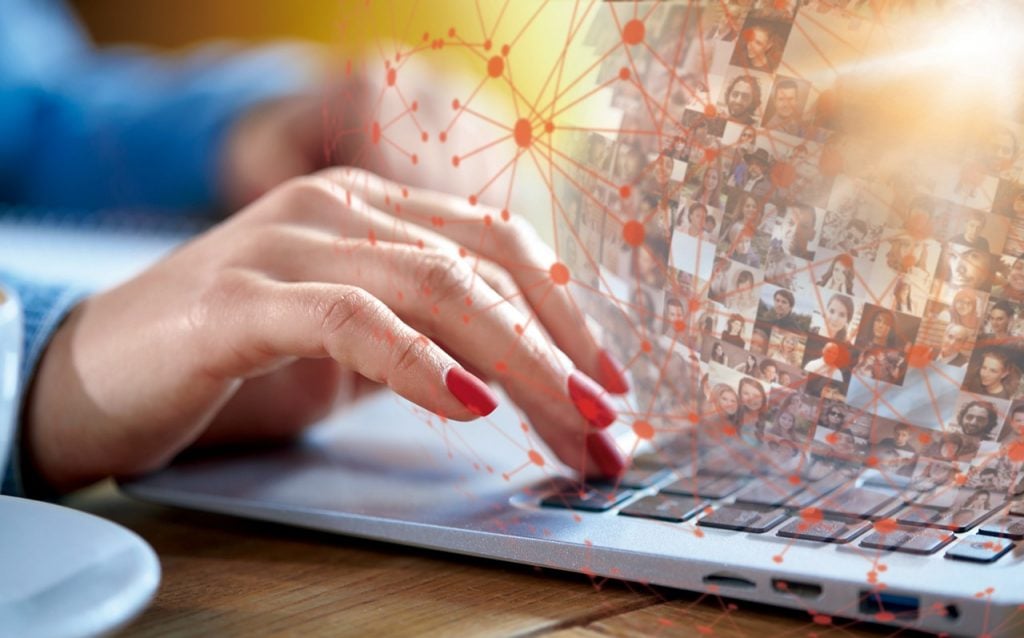 If you are a decision-maker in a PPC agency, you… 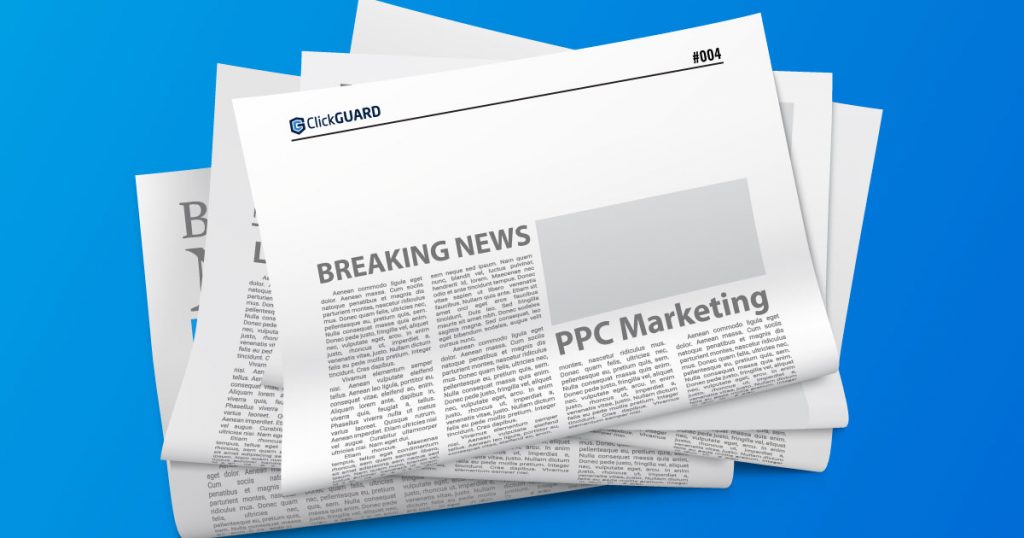 Google Will Allow Access to Advertisers’ Recent History. Is It Good News?

With so many platforms being sued for breaching their data…