How to Check Invalid Clicks in Google AdSense 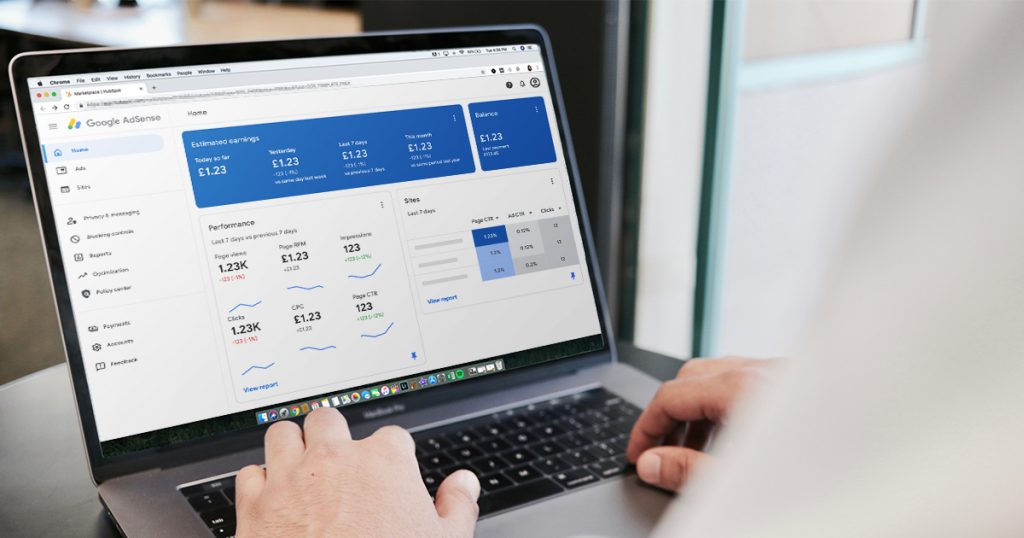 In this article, we take a closer look at invalid clicks in Google AdSense, as well as the bigger picture — a problem wreaking billions of dollars’ worth of havoc on advertisers’ budgets.

How to Check Invalid Clicks in Google AdSense?

Now that we know what invalid traffic is and how it can impact your Google Ads campaigns, let’s look at how to check invalid clicks in Google AdSense.

If you are a publisher, all you need to do is:

This is the simple side of the story. Unfortunately though, as things in digital marketing go most days, Google AdSense invalid clicks are a more complicated issue. Keep reading if you want to learn more about it.

According to Google, more than two million people use Google AdSense. As Ads represent the majority of the $257.63 billion revenue Google hit in 2020/2021, it’s easy to see that Google AdSense is an integral part of the internet.

Essentially, Google AdSense’s business model is easy to understand: they show relevant ads on third-party websites and, when a user clicks on them, the website owner earns money. The advertiser pays Google for the click, and Google pays the website owner a commission.

What Is Invalid Traffic?

In short, invalid traffic is any click or impression that is not the result of a real person genuinely interested in the ad. This could, for example, be automated bot traffic or traffic from users who are incentivized to click on ads (by motives other than actually buying something.)

The issue with this is that Google Ads are paid by clicks and impressions — so if a click doesn’t come from a real human who’s potentially interested in buying your product, it’s a wasted click. Which is the driver behind wasted traffic and wasted budget when you’re running Google Ads.

Invalid traffic can also be generated by humans, but not all of these clicks are click fraud either.

How big is this issue?

Well, according to Imperva more than half of all internet traffic is driven by bots. Arguably, not all of them are bad bots, and even among the bad ones, not all of them are click bots. Our findings last year revealed about 17% of ad traffic is click fraud, which means that if you spend $15,000 every month on Google Ads, about $2,550 is wasted on ad fraud. In one year, that’s $30,600 you’re not getting back.

And if you think you can just submit a request or file a lawsuit and get your money back, think again. Here’s why.

Invalid traffic and click fraud aren’t limited to Google AdSense. They happen on virtually any kind of Google Ads campaign. But with Google AdSense, things get a little more complex because publishers are sometimes part of the problem.

In those situations where publishers are part of the problem, things can easily get spiky. On the one hand, Google AdSense publishers lie at the foundation of the entire AdSense ecosystem – and so, they play a huge part in how Google charges advertisers.

On the other hand, if publishers drive fake clicks on the AdSense ads they have on their site, it all becomes a game advertisers lose from the get-go. So it’s only natural that Google has implemented a series of measures to prevent Invalid Traffic and chastise rogue publishers.

That being said, it is important to note publishers themselves can become victims of click fraud & invalid traffic. It could be a competing publisher driving false, irrelevant, or even bot-actioned clicks on your site. Or it could be too many readers erratically clicking on ads. Whatever it is, if you are a publisher and you want to make sure you don’t get suspended by Google, you will want to check invalid clicks in your Google AdSense account.

Google blocks AdSense accounts if they suspect unusual activity that might drive invalid traffic to the ads published through their program. As Google itself has stated, “Some publishers have had issues with invalid traffic when partnering with low-quality ad networks, search engines, or directory sites in efforts to increase traffic to their site.”

And yet, publishers can sometimes become victims of the villainous acts they’re accused of. AdSense click bombing is a type of click fraud that’s carried out against AdSense publishers. This is done by artificially inflating the number of clicks on ads shown on a publisher’s site in an attempt to get them kicked out of the program.

What’s important here is that ad fraudsters don’t need to access your AdSense account to bomb your ads. They just need to click on them repeatedly — either manually (sometimes through click farms) or automatically (through bots and botnets.)

How Does Google Deal with Invalid Traffic?

To some degree, yes. But even so, a lot of fake clicks slip through the cracks. Despite Google’s best efforts, advertisers lose billions to ad fraud every year. In 2021, the world lost $61 billion to ad fraud (across multiple digital ad platforms, but consider the fact that Google has the largest market share on this.)

As a publisher, there are some additional things you can do to prevent AdSense bombing. Some of the more common tips of advice include:

If you are an advertiser, you can’t really go through all of the websites your ads are published on.

But here’s what you can do…

And you don’t have access to all the data in your Google Ads account – nor do you have all the time in the world to manually sift through gazillions of clicks every day.

The only legit, sane way to fight it is by using click fraud protection software to identify & block click fraud. In doing this, you drive click fraud costs up for botnet and click farm administrators, so they will find it more difficult to actually wreak havoc on your Google Ads.

ClickGUARD does that and more, including:

Whether you are a publisher or an advertiser, getting protected against click fraud is a smart way to make sure your website and/or your ads are clean. Indeed, advertisers tend to carry the heavier burden when it comes to click fraud and wasteful traffic – but staying protected should be a priority for everyone. 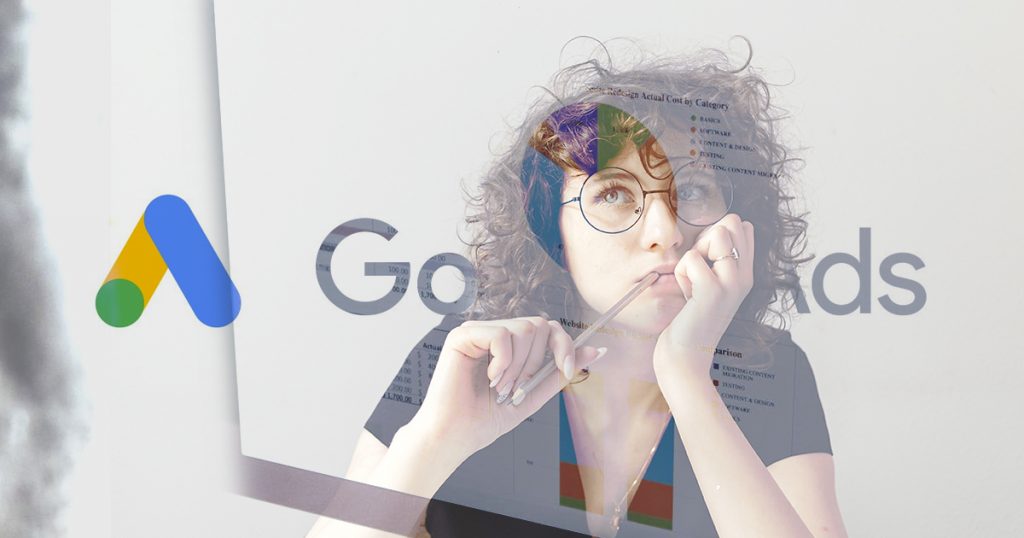 How to Increase Your Conversion Rate in Google Ads (and Beyond)

As a marketer, you want to get the best results… 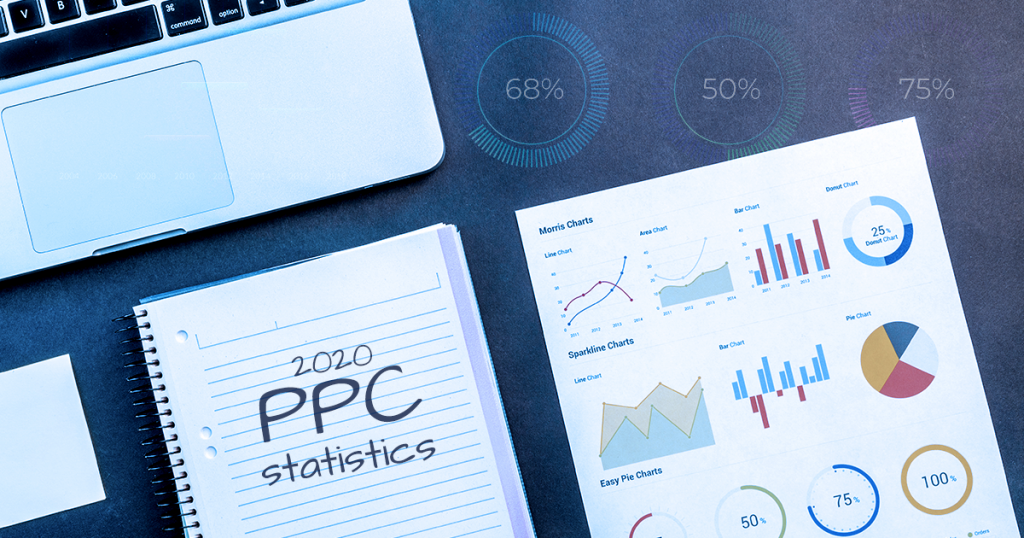 Whether you realize it or not, science and math play… 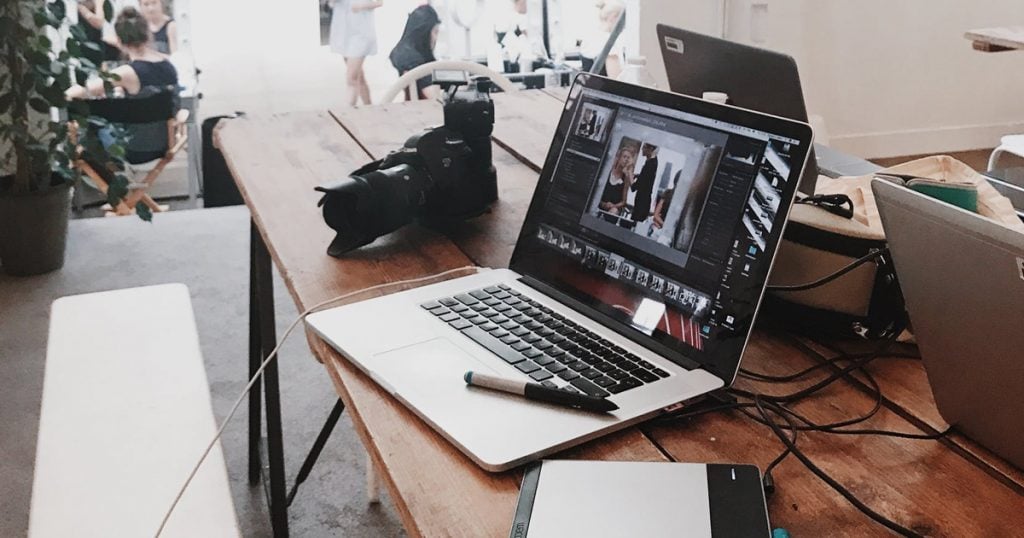 How to Create a Content Marketing Strategy for Your PPC Agency

If you work for a PPC agency, you are an…